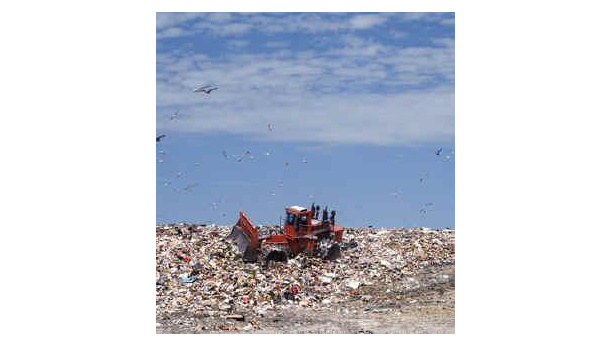 Pre-waste is a three-year European project (2010-2012) with an aim to help local and regional authorities improve their waste prevention policies, in order to significantly reduce the production of waste, and its hazards. In particular, the project will deliver:

* 20 best examples of actions for waste prevention implemented in the European Union by local or regional authorities,

* a web tool that enables assessment and monitoring of how efficient each waste prevention actions is.

The Pre-waste project is co-financed by the European Regional Development Fund and made possible by the INTERREG IVC Programme.

All partners will be involved in the various proceedings of the project which include: communication activities, like publishing press releases, organising a national event on waste prevention along with a press conference, developing the website and disseminating a newsletter, as well as the identification of good practices and indicators, by implementing a number of good practices in its territory and drafting an analysis of their feasibility, in addition to participation to a shared methodology to help local authorities implement effective waste prevention, as well as participation to the proposed web tool for monitoring the effectiveness of waste prevention policies based on indicators.

Tackling waste by preventing its production, let's do it!

The best waste is that which is not produced. According to the European Environment Agency, every citizen in Europe throws away an average of 520kg of household waste per year. In fact it is more likely that European garbage bins account for 600kg of waste per person per year, since the 520kg figure only relates to 2007 data and the trend is that amount of waste has only been increasing instead of going down, especially in urban areas.

That said, composting food leftovers, buying products with less packaging, printing on double-sided paper are some examples of what people can do at home in order to prevent waste.

Cities and regions must also act to prevent waste from being generated and help their inhabitants to do so as well. However, a consistent waste prevention strategy is sometimes hard to develop, either because there is a lack of knowledge regarding what local administrations can do or because monitoring the success of concrete actions is difficult to implement.

Still wondering about the benefits of waste prevention? By reducing waste production at source cities and regions will lower the cost of its management (and therefore the financial burden by their inhabitants), limit pollutant emissions (like greenhouse gas and dioxins) and reduce resource consumption (for instance, drinking tap water means that less plastic will be used to make bottles). In summary, preventing waste is good for people's wallet, health and environment.


The state of affairs: Pre-waste is on track

During the first meeting in Ancona (Italy) on 27-28 April 2010, the project partners had the opportunity to start thinking about a common language and methodology for waste prevention, and to share concrete ideas on good practices for waste prevention policies in their territory.

During summer 2010, the partners identified more than one hundred case studies related to waste prevention from all over Europe, and among them were plenty of information campaigns and initiatives on food waste prevention and using less packaging.

All of these good practices have now been gathered in a Mapping report by Brussels Environment, the partner coordinating the exchange of experiences.

At the upcoming expert group meeting in Roquetas de Mar, 50 particularly relevant good practices will be identified as capable of being transferred from one region to another and selected so that additional information be researched. Each partner will later choose one or several of these 50 good practices and carry out a feasibility study to implement them locally.

In the meantime, ORDIF has analysed waste prevention indicators used in the past, and proposed a framework for monitoring resource use, results and impacts of such initiatives. These indicators will be developed further to provide concrete recommendations to partners, but also to compare the 50 good practices and identify 20 best practices.

In October 2010, a meeting and a press conference will be held in Roquetas de Mar (Spain) to discuss and present the project's results so far. By the end of the year, the Pre-waste website will be published online. Next year will see a number of national events organised by the partners in their countries to present the projects main advancements and results that they will have made. Moreover, a European conference on waste prevention will be held in Brussels on Monday 28 March 2011 - so be sure to save the date now. Subsequently, in order to help the partners prepare all of these events in a sustainable way, ACR+, which acts as communication coordinator of the project, has developed a low environmental impact event guide covering various issues, such as waste, mobility and energy issues.


The Marche Region: Leader of the INTERREG project


Situated in the middle of Italy's eastern peninsula and covering about one and a half million inhabitants in 246 municipalities, Marche Region plays a very strategic role in such projects.

Based on its successful experience as leader in previous European projects, Marche Region will act as the project leader in Pre-waste, with the support of SVIM, being the regional development agency, acting as the technical secretariat of the project.

In this regard, Marche Region is in charge of the general management and coordination of Pre-waste.

According to Marche Region, "the most successful waste prevention programs run at the county or partnership level".

Marche Region's experts work in close collaboration with key territorial actors as well as international networks like ACR+, underlining strategic partnerships and networks are crucial to successfully learning from other experts and preventing waste at local and regional levels. "Thanks to this project, partners will have the possibility of exchanging and sharing good practices that they know of, obstacles they encountered and the solutions to overcome them", says a representative from Marche Region. With this, they add, "it will be possible to identify a methodology that will be useful for each partner to monitor and evaluate the efficiency of prevention policies and how they affect waste production per capita".

The role of the project leader goes well beyond administrative and financial tasks. It also involves foreseeing possible difficulties and their solutions, in particular finding a common language to face issues related to waste prevention, or exchanging relevant experiences when partners are at different levels of implementation of the EU legislation. According to Marche Region, this difficulty, should in fact be regarded as "a great opportunity because it activates a constant comparison between different subjects relating to dissimilar European territories but where the actors face the same issues on prevention as regulated by the 2008 European Directive". To overcome these difficulties, Marche Region aims, as Lead Partner, to encourage the participation of all stakeholders in an open dialogue by providing the necessary tools that allow them to share their contributions enabling the project's success.